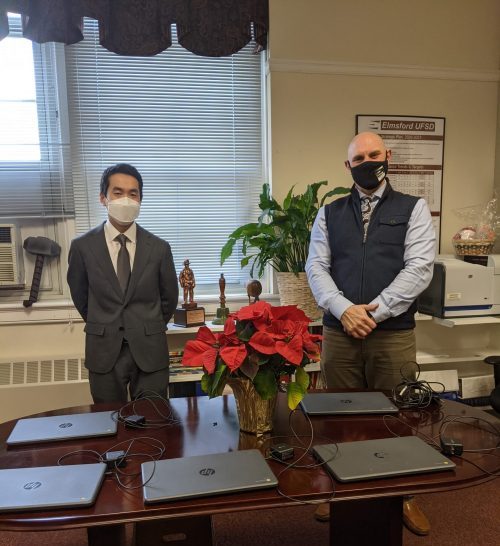 Keane & Beane is thankful this holiday season for its many accomplishments in 2020. In honor of its 40th anniversary and recognizing that our success was due in large part by our Hudson Valley community, Keane & Beane is giving back. We have made monetary donations to several local food banks and donated Chromebooks to the Elmsford Union Free School District. In early December, Member William Kang presented 5 Chromebooks to Elmsford Superintendent Marc P. Baiocco.