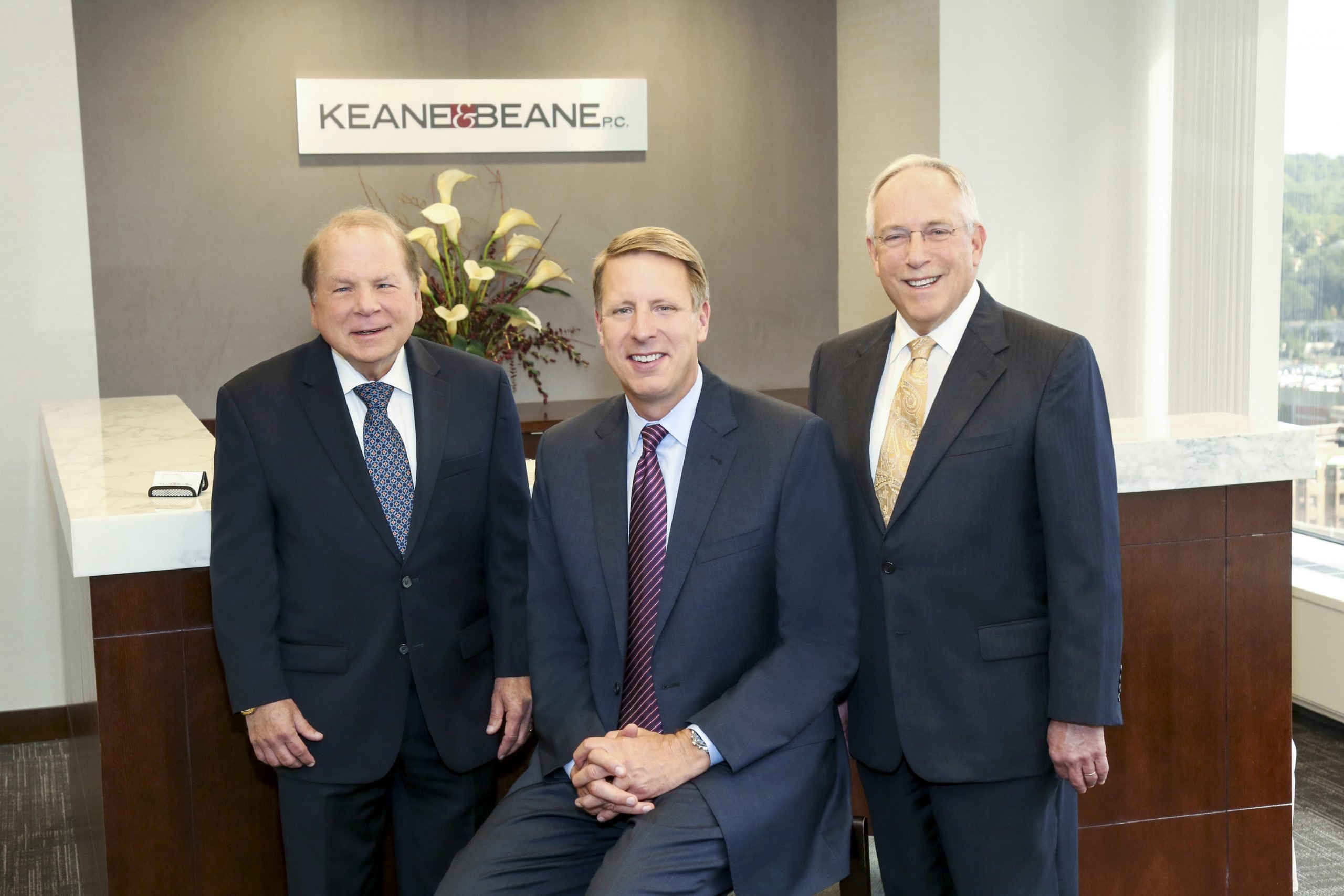 Across the board, our clients benefit from the best of two worlds: the breadth and depth of professionals and practice areas usually found only at large law firms, plus the accessibility, personalized service, and loyalty associated with smaller ones. With offices in White Plains, NY, Fishkill, NY and New York City, we offer cost-effective representation with all the sophistication of a New York City firm.

Our honest counsel and sound judgment has earned us a broad spectrum of long-standing clients, many of whom have been with us for 30 years or more. At Keane & Beane, you too will benefit from:

Keane & Beane, P.C. was founded by Edward Beane and Thomas Keane in May 1980, with offices in White Plains and Rye NY. The firm was originally part of Keane & Butler, which was founded in 1969 with offices in New York City, White Plains, and Rye. Its founding members, Tom Keane and Tom Butler, were both Rye residents. In 1980, the Westchester offices headed by Tom Keane and Ed Beane decided to go out on their own.

Since then, the four-attorney practice has grown to be one of the largest law firms in Westchester County. To better serve a growing client base, Keane & Beane opened its Fishkill, NY office in 2008 and its New York City office in 2017.

From the outset, our driving philosophy has been to develop strong working relationships with clients while providing “small firm” personal attention at all times. With this focus, we keep our clients’ objectives foremost, and provide well-managed, cost effective and timely service.

The average tenure of our attorneys is 18 years, providing unparalleled continuity for our clients.