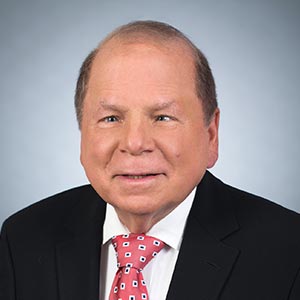 On November 7, 2019, the Westchester County Bar Foundation will recognize our Founding Member, Edward F. Beane, Esq., as an Honoree at its 9th Annual Benefit and Silent Auction.  Keane & Beane, P.C. is pleased to participate in this event, as well as congratulate Ed on this well-deserved honor.

Following his graduation from Brooklyn Law School in 1967, Ed worked as an attorney with the United States Department of Labor.  He continued his career as an associate at Poletti, Freidin, Prashker, Feldman & Gartner in New York City.  Thereafter, Ed joined Keane & Butler, which had offices in New York City and Rye, New York.

In 1980, Ed, along with the late Thomas F. Keane, Jr., Esq., formed Keane & Beane, P.C.  Since then, a four attorney office has matured into a twenty-eight attorney practice.  Our firm will celebrate its 40th Anniversary in May 2020.

Ed has instilled in our firm a set of guiding principles to which he adheres: a steadfast commitment to clients, a willingness to “go the extra mile” and a readiness to perform every task, from the simple to the sophisticated, to the best of your abilities.

As we approach our 40th Anniversary, Keane & Beane, P.C. looks forward to continuing to provide the highest quality legal counsel to its clients – businesses, developers, families, school districts, municipalities and non-profit organizations – in the Hudson Valley and beyond.